What's in the Sky Tonight? 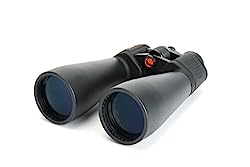 June 1 – Moon and Venus conjunct. These two objects will appear close to one another in the night sky.

June 5 - Full Moon. Early Native American tribes called this the Full Strawberry Moon because this was the peak time of year for the strawberry harvesting season. This Moon has also been known as the Full Rose Moon and the Full Honey Moon.

June 5 - Penumbral Lunar Eclipse. This type of eclipse occurs when the Moon passes through the Earth's partial shadow, or penumbra. The Moon will darken slightly but not completely and will be visible throughout most of Europe, Africa, Asia, Australia, the Indian Ocean, and Australia.

June 5 – Moon and Mars conjunct. These two objects will appear close to one another in the night sky.

June 16 – Moon and Jupiter conjunct. These two objects will appear close to one another in the night sky.

June 21 - Annular Solar Eclipse. This type of solar eclipse occurs when the Moon is so far away from the Earth that it doesn’t completely cover the Sun. This creates a ring of light around the darkened Moon. The Sun's corona is not visible during an annular eclipse. This eclipse will be visble in central Africa, Saudi Arabia, northern India, and southern China. A partial eclipse will be visible throughout most of eastern Africa, the Middle East, and southern Asia.

Here's a list of the best observing nights in 2020.

Venus will shine low in the western sky after sunset, then quickly disappear. Jupiter, not far from Venus in the southwestern sky, moves lower as the month progresses. With a pair of binoculars, you can see the four Galilean moons of Jupiter.

ASTRONOMY BINOCULARS
A mini telescope you can take anywhere

If you love sky gazing, you have to have a pair of astronomy binoculars! Binoculars are a fantastic alternative to telescopes—inexpensive, lightweight, and portable. For city dwellers where there is a lot of light pollution, binoculars are essential if you want to see much of anything.

Binoculars enlarge and brighten the beauty and immensity of the night sky. You can see the detail of the moon's craters, the phases of Venus, the moons and stripes of Jupiter, the awesome jewels that dot the Milky Way, nebulae, star clusters, and comets when they're passing near.

Our favorite astonomy binoculars is the Celestron SkGiyMaster Giant 15x70 Binoculars. These are excellent as well: 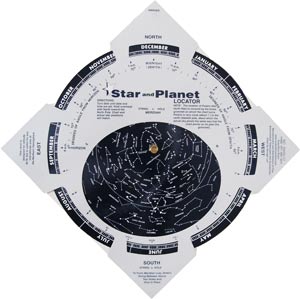 A planisphere is a rotating star chart that allows you to dial in the entire visible sky for any day and time of the year and with great precision. It has been called an analog star computer and was considered magical in ancient times.

Planispheres show the brightest stars, constellations, notable galaxies and nebulae, as well as the path of the Milky Way. The plane of the ecliptic is also shown, which reveals the pathway of the planets as they appear to move across the night sky.

Purchase a planisphere for $7.95