While questions about Comet ISOM — which according to most accounts will not be visible after a year of hoopla — another newly discovered comet, Comet Lovejoy 2013, is stunning in binoculars during the first ten days of December 2013. 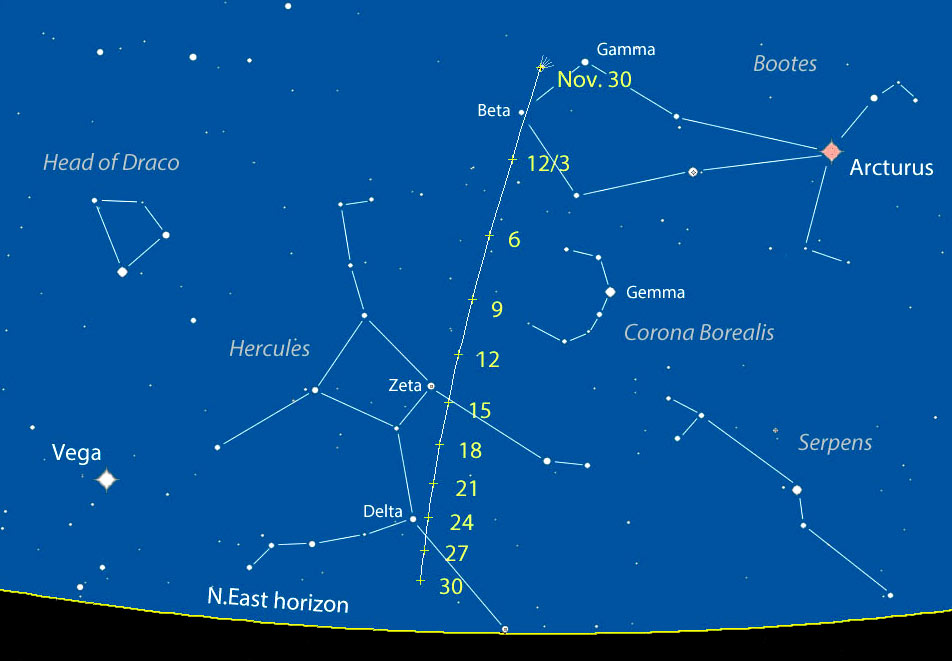 
Comet ISOM, predicted to be as bright as the moon, lead the science sections of newspapers worldwide and was a lead science story on the evening news even though it was not known whether the comet would survive its journey around the sun. It did, but greatly diminished. At this point who knows whether anyone will see it.

And, as usual, the press confused Comet Lovejoy 2011, which was visible in Australia 2 years ago, with Comet Lovejoy 2013, which became a naked eye object on November 15, 2013 while the world was obsessing about Comet ISOM. Comet Lovejoy 2013 is the perfect binocular comet with a blue-green head and emerald tail. You will need 10 X 50 or preferably 15 X 70 binoculars to fully enjoy it. I found it in seconds in the predawn sky 2 hours before sunrise. 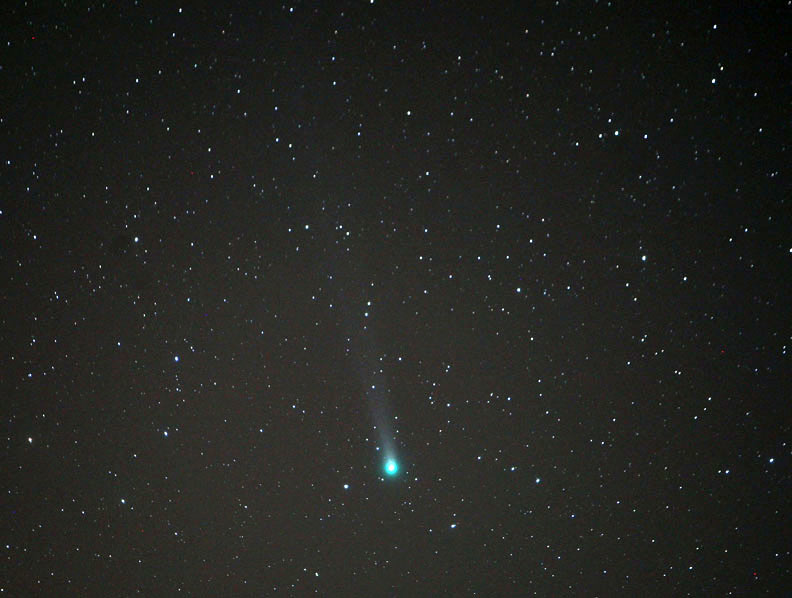 
How to see the real Thanksgiving Comet - Comet Lovejoy 2013

It's heading towards the sun which means it will be lower and lower in the sky getting closer and closer to sunrise. Which means the best time to see it is right now. Here are the steps: